I have been using the 3D printer at my current workplace for a while now and have found it to be extremely useful and interesting. This along with wanting to use materials other then PLA spurred me to buy my own.

The Ender 3 is a reasonably priced Chinese 3D printer from a company called Creality. Because of it’s cheap price and reasonable build quality, it has built up quite an online following. This community mostly consists of new users to 3D printing so is very beginner friendly with lots of help available.

As I was planning to turn the printer into a project and experiment, the Ender 3 was perfect. Getting a more expensive printer would of been a waste as I planned to replace firmware and hardware on it anyway. The fact it was running the open source Marlin firmware was also a big draw.

The printer has gone through several iterations and very little of the original Ender 3 is left now but it is now a very reliable printer with features matching high end 3D printers.

Posts under this project (1) 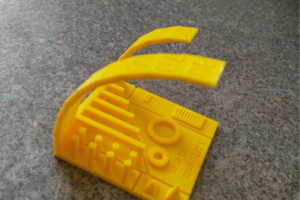 I bought my Ender 3 direct from Creality costing me a very reasonable £160. On top of that I also bought some filament from 3dfilaprint. The final item...